Get your Toddler to Share the Most Effortless Way

Have you ever gone to a relative or friend who has a toddler, or had them come over to your place, and then your little one got into a fight or had a melt-down over a toy he didn’t want to share? Don’t worry. Although it may embarrass and frustrate you, because gosh, what will people think of your parenting skills, it does not make you a bad parent. It only makes you a parent to a toddler.

Sharing is nice and often just. We want kids to share because we think it will make people like them. However, sharing will not happen unless your kid is developmentally ready for it. At 10-12 months old, your baby may have offered something to you when you asked for it. But that was play, or he was simply looking for approval.

Sharing begins around age 3-4 years, but remember that each child is unique, so your child may reach this stage earlier or later.  The reason toddlers younger than this age cannot share is because they are unable to put themselves in anyone else’s shoes. They cannot feel anyone else’s pain. Also, at around age 2, they become so possessive. ‘Mine, mine, mine’ is a regular cry. Turn-taking is not yet in your toddler’s vocabulary. 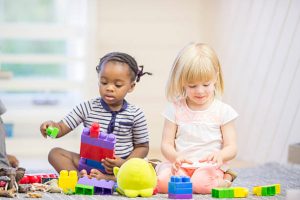 What should you do when your toddler refuses to share?

Anticipate that your toddler won’t share. So don’t take a favourite toy along when visiting a home with other kids, because your possessive toddler is likely going to insist on having a  go first, and may even be unwilling to let anyone else take a turn-perfect recipe for a meltdown.

It is very common for kids to hit each other, bite or push when they get frustrated about their stuff being used by someone else, or about waiting while someone else has a go. Tell your toddler that hitting or biting is not allowed, and then if it happens, reiterate firmly that it is not allowed, while paying more attention to the victim than the perpetrator. That will calm the victim and also let the perpetrator know he won’t get attention by being aggressive. Try offering something else to the one who is having a hard time waiting to take a turn.

You can also do these to promote sharing

Let the kids know that they can take turns after a fixed amount of time. But kids this age do not really understand time yet. So you could ask your toddler like this: ‘Why don’t you let him play with his red toy for 5 minutes, after which you can have a go? 5 minutes is when the long hand of the clock moves from 2 to 3’. You could also use a timer, so everyone knows you change over when the timer goes. Sometimes, giving toddlers the choice to decide what to do may also help. Before the playdate starts, let them work out a way for everyone to get his turn. There may be some brilliant ideas coming from there. 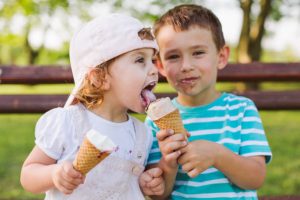 When a fight breaks out, validate the feelings of both parties instead of blaming anyone. Remember, the reason they can’t share is because they don’t understand it yet. So say to the one who got upset because he couldn’t wait something like ‘it’s really hard to wait for things, right? But it will be your turn as soon as he is done. Just like it was his turn when you were done’. Say something similar to the other one too.

Sharing is hard for toddlers. Even adults are still working on it. So don’t take it hard if your toddler cannot share yet. To toddlers, sharing is not caring.